You are here: Home / Club Committee 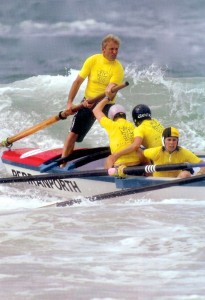 Pete joined Perranporth SLSC on October 1969 at the tender age of 14 - he claims he needed somewhere to store his 10’6" "log" of a surfboard - and since then has held most, if not all, surf lifesaving qualifications at one time or another.

His competitive streak, developed and encouraged by the club, helped turn him into the country’s most accomplished paddleboard and ski champion (GB Champion 1974 and 1975 respectively / GB double ski Champion 1979 - 1981). His progression into surfboat rowing saw him in action at the World Championships in 1988 and go on to manage surfboat teams that toured in Spain, France & Germany.

Pete has taken part in 4 day ski endurance events in South Africa & Australia and finished them every time - a testament to the grit, focus and determination that every member of our surfboat crew can testify he has in spades - and expects from them! As a mentor and coach, Pete has passed on his sea skills and knowledge to countless clubbies. 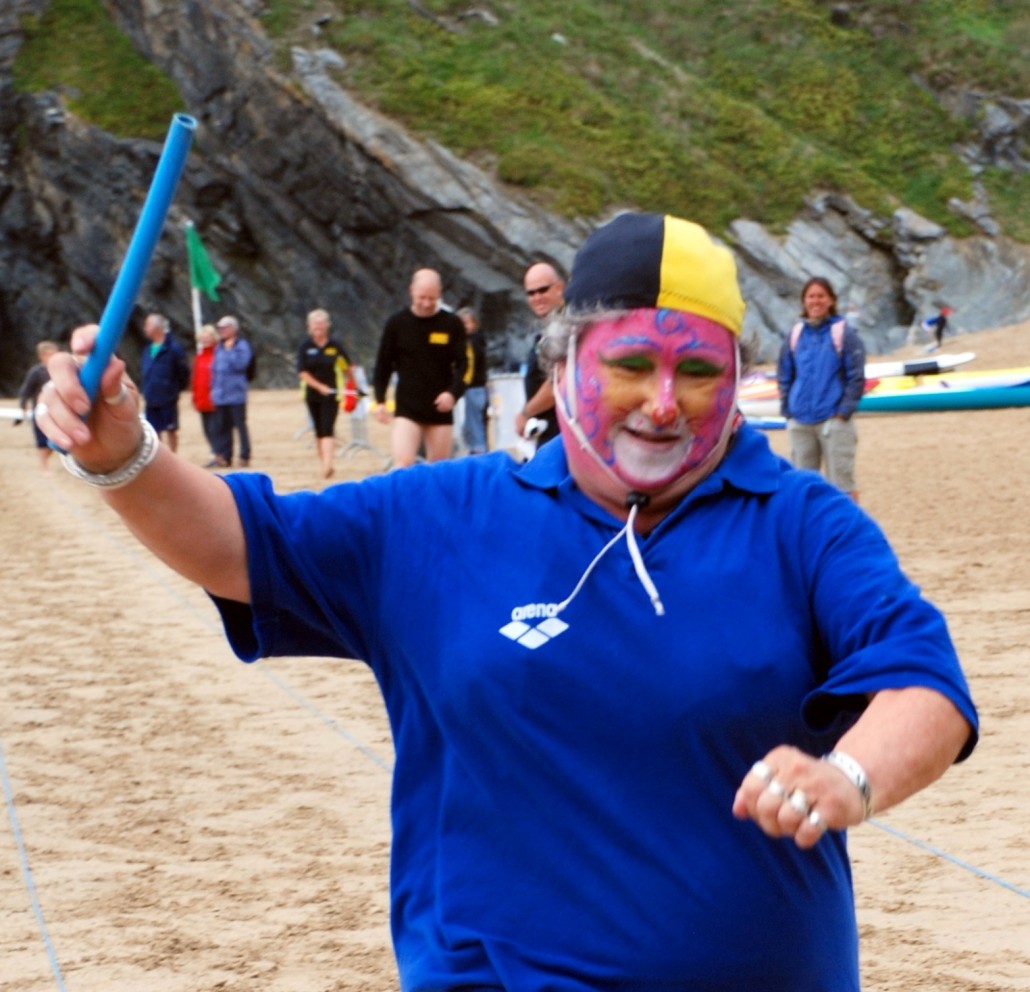 Doreen Lawrence & Perranporth Surf Lifesaving Club have been "joined at the hip" for as long as most members will remember. Still competing until recently, Doreen is surf lifesaving’s equivalent of a matriarch and has now stepped back into the ring (some might say - firing line) to take up the position as Club Chair. Her no-nonsense approach, common sense and above all her desire to see the proud traditions of the club endure and flourish will ensure that the committee stays focused on the job in hand.

Many members will have learned their resuscitation skills from Doreen and many a "Nipper" will be familiar with her line of questioning - "when is the only time we go into a rip current?" - "When we‘re rescuing someone ’cos it takes us out to them faster," in chorused reply.

Surf Life Saving GB recently recognised Doreen’s efforts by nominating her for an invitation to a Buckingham Palace Garden Party. 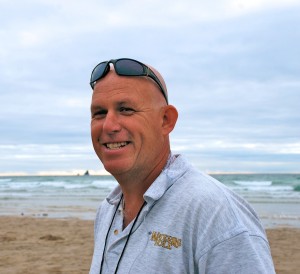 When Nigel Bowden was pressed to submit a few words about his other hobbies & interests for this biography he responded that he "didn‘t have a life outside of surf lifesaving". Even if he wanted to, the work and effort he puts into the Club - not least in his role as Secretary - with contributions in sports development and risk assessments would leave precious little time for much else. When we mention that his day job is as Education Officer for SLSGB it’s clear he wasn’t joking.

Nigel has been involved with PPSLSC for over 10 years but first got involved in surf lifesaving at Gunwalloe SLSC back in the 70‘s. He is a level 2 SLSGB coach for swim, board and ski skills, an SLSGB Trainer and a member of the ILSE College of Referees. There are very few surf lifesaving events where Nigel’s experience as a coach and referee is not called upon.

Matt Sanwell was appointed Club Captain in November 2015 at our AGM and also works on the Triathlon sub-committee.

He holds NaRS Beach Lifeguard qualifications, is a Level 2 SLS Sports Coach and is a qualified IRB crewman and driver. He has also competed for the Club at the Cornish and National Championships earning a Bronze medal in the Masters Board Paddle. 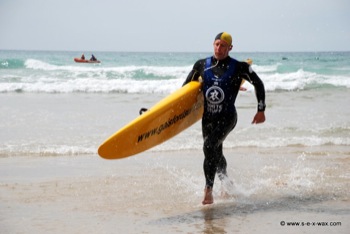 "Big Wave" Dave Meads is the Club’s Lead Lifesaving Trainer and brings a wealth of surf lifesaving experience to both his position and the club. He was also our Club Chairman for a stint to boot!

He is a fully qualified Surf Lifesaving Trainer & Assessor responsible for coaching and guiding many club members through their NaRS with grace, patience and encouragement. He is a qualified IRB crewman and driver, Volunteer Lifeguard and regularly attends senior lifeguard courses to keep up to date with the latest advances in all aspects of surf lifesaving.

He is head of the art department at Truro school and his artistic talents have been utilized for club purposes from everything to logos to T-shirt designs. He has completed some typically hard-core events for various charitries including cycling from Land‘s End to John O’Groats, running 44 miles in 8 hours and most recently, he organised and completed a rescue board paddle from St.Ives to Newquay. No-one was surprised when has was awarded RNLI Volunteer of The Year back in 2009.

When he‘s not at school or on duty, he’s usually out the back waiting for a big one to roll in. 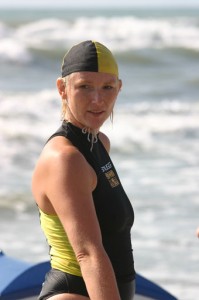 Emma "Spike" Gaisford is a longstanding Club Member who for many years has contributed enormously to almost every aspect of the club. Famed for her ability to withstand icy waters and refrain from wearing wetsuits when everyone else is fully kitted out she is our designated Child Welfare Officer.

In addition to this, Spike plays a leading role in organising the Nippers section of the Club. On the competitive front she has distinguished herself in surfboat racing representing the club nationally and internationally. She coaches Nippers and passes on her swim / lifesaving skills to the benefit of all.

Her day (and night!) time position as an Advanced Ambulance Technician with the South Western Ambulance service combined with her lifesaving skills & qualifications is a winning combination for the Club. 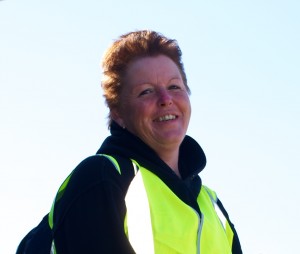 Cath has been involved with PPSLSC for several years now since her two boys got involved with Nippers.She was shortly thereafter pressed into service as a parent helper doing many of the jobs that keeps Nipper nights as (relatively) organized as is possible.

She has recently joined the committee where her organizational abilities as treasurer are as valued as her willingness to help out with every job that comes along.