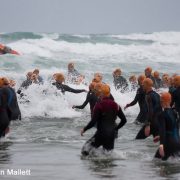 300 triathletes were not deterred by the 8ft surf conditions at the recent Perranporth Extreme Surf Triathlon. It was the 29th year for this legendary September event, held by Perranporth Surf Life Saving Club on the roads, beach and cliffs around the town. With a huge swell running, the safety team comprising of club members and assisted by the local RNLI team, chose to run a shorter but wave ridden swim. Even the hardiest of swimmers found this a challenge in the surf line. New for 2016 the cycle route had a much more spectator friendly course, utilising steep Liskey Hill on the way out and then returning down steep Cox Hill and along the entire length of Perranporth’s main street.
Three times round this loop saw massive crowds in the town with a real ‘Tour de Cornwall’ vibe enhanced by Tretherras School Samba band playing the triathletes along the way. The cyclists also reported a great turn-out of residents watching and cheering on the intimate Cox Hill section. Not content with three steep hill climbs on the bike, race organisers set the final discipline, the leg burning run. From the town along the entire beach to Penhale corner, competitors had to climb back up the unremitting Perran Sands Zig-Zag then over the top of the cliff and dunes back to the finish line on Perranporth’s Inner Green.

There was a really great community spirit in the town with over 80 marshals and 30 water safety crew, from the community volunteering their time to help make the event a fantastic success. A children’s event, the Perranporth Youth Aquathon, a swim and run race was also held the day before with 130 children from local life saving and swimming clubs participating in testing surf and heavy Cornish rain. This was also well supported by the Perranporth community. Big shout out to the volunteers and thanks must go to the local businesses who generously sponsored the weekend:
Haven Perran Sands, The Watering Hole, Cycle Logic of Helston, Snugg Wetsuits of Newquay, GAP ltd, Kier Group, Healey’s Cyder Farm, Callestick Ice Cream, Bathsheba Surf, Skinners Brewery, Carve Magazine, Iglu Wetsuits, The Ice Box and Kabuto Noodles, New Wave Church, Sarah and Natasha Sports Massage, Chris Law Osteopath, the Filling Station cafe, Design Unltd and SeaDog IT and of course Perranzabuloe Parish Council.

Next year it is our Triathlon’s 30th anniversary and Perranporth SLSC will be celebrating its 60th birthday so 2017 will be a busy year for the club.

Full results are available at https://racetimingsolutions.racetecresults.com/Results.aspx?CId=16269&RId=2132&EId=2
Photos courtesy of SeaDog IT and Jonathan Mallett 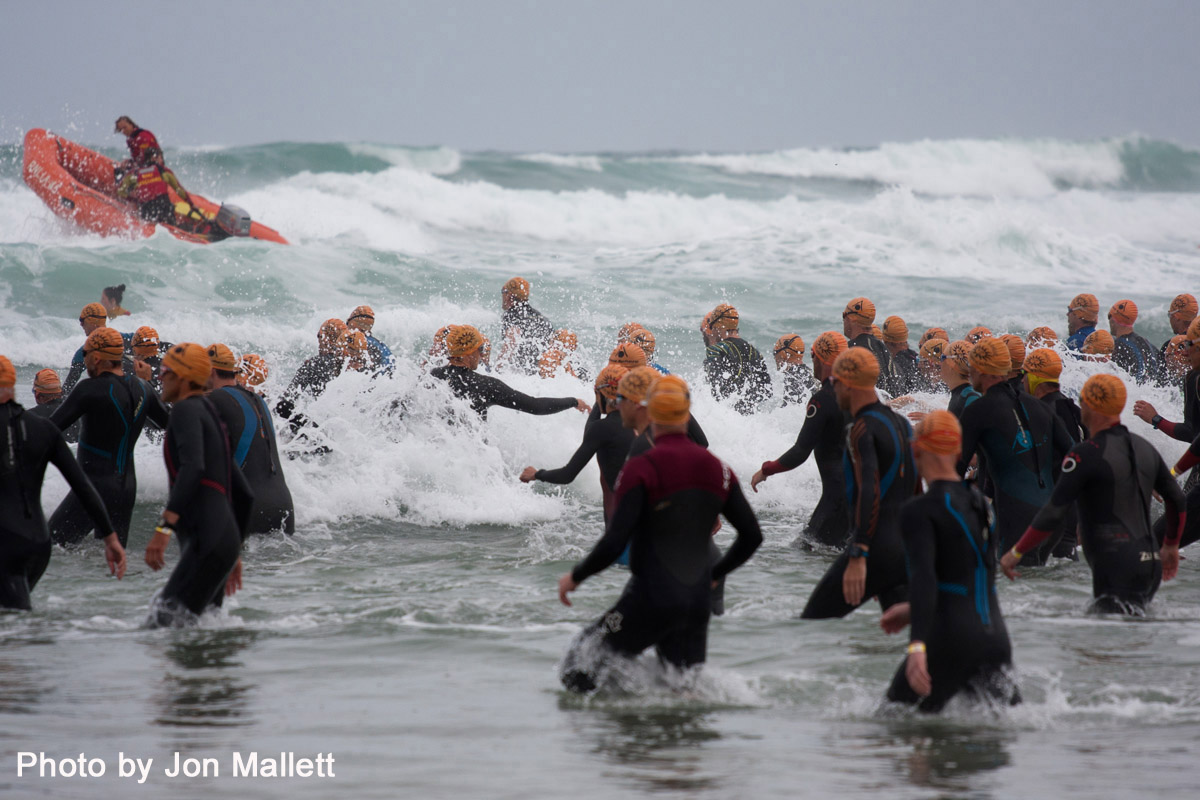 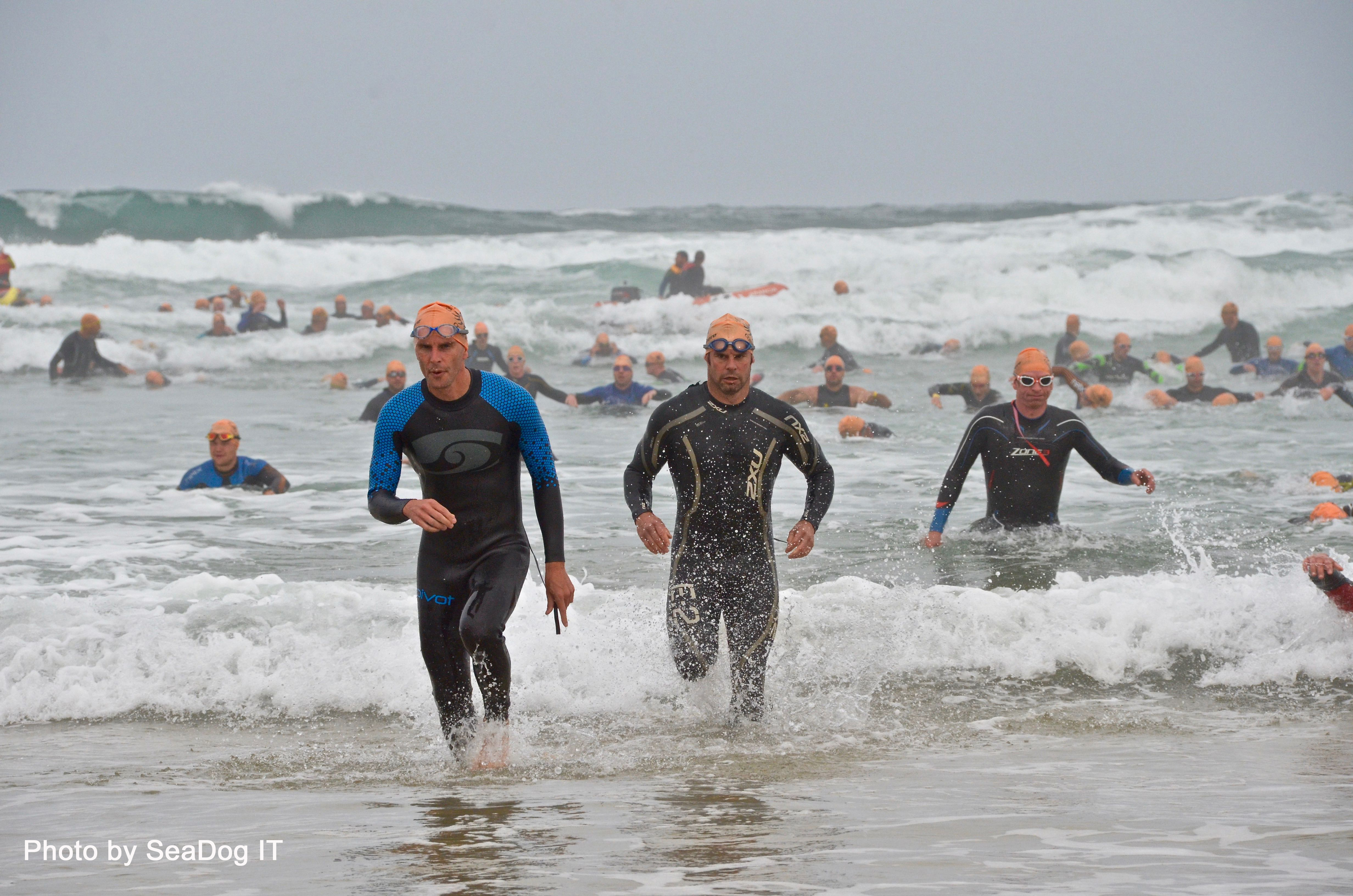 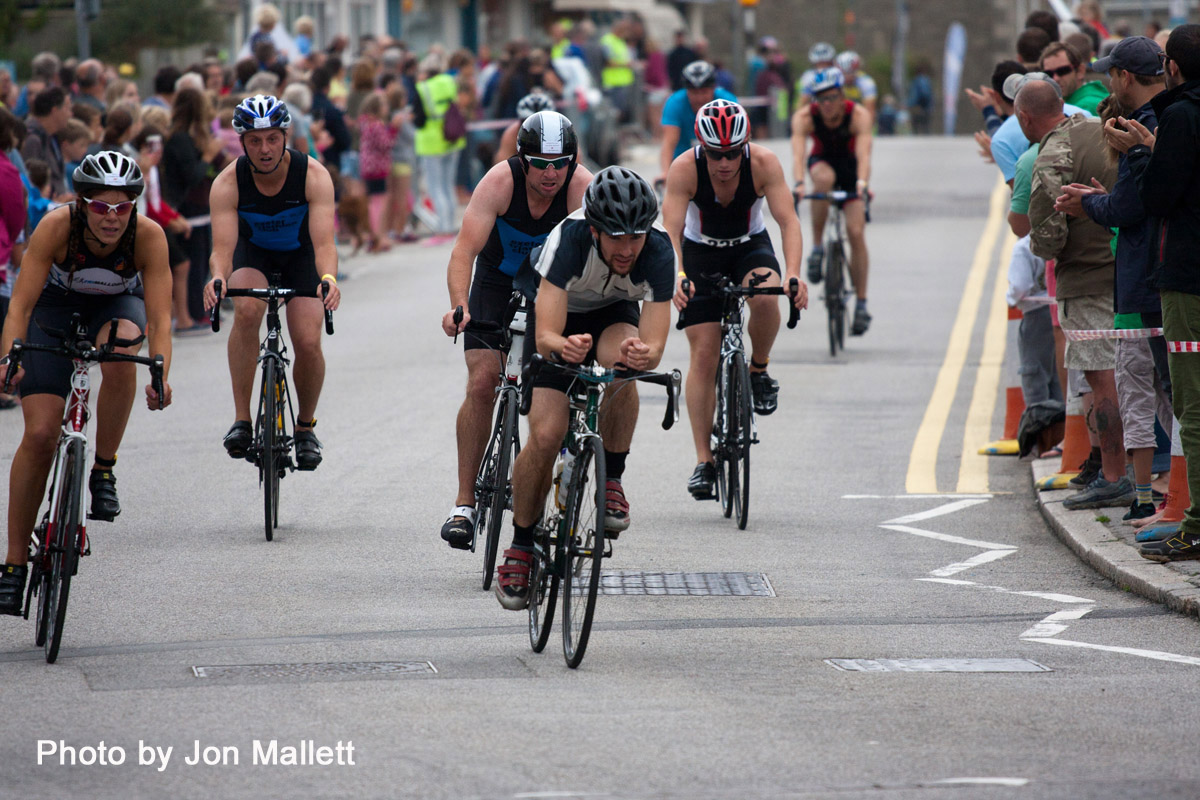 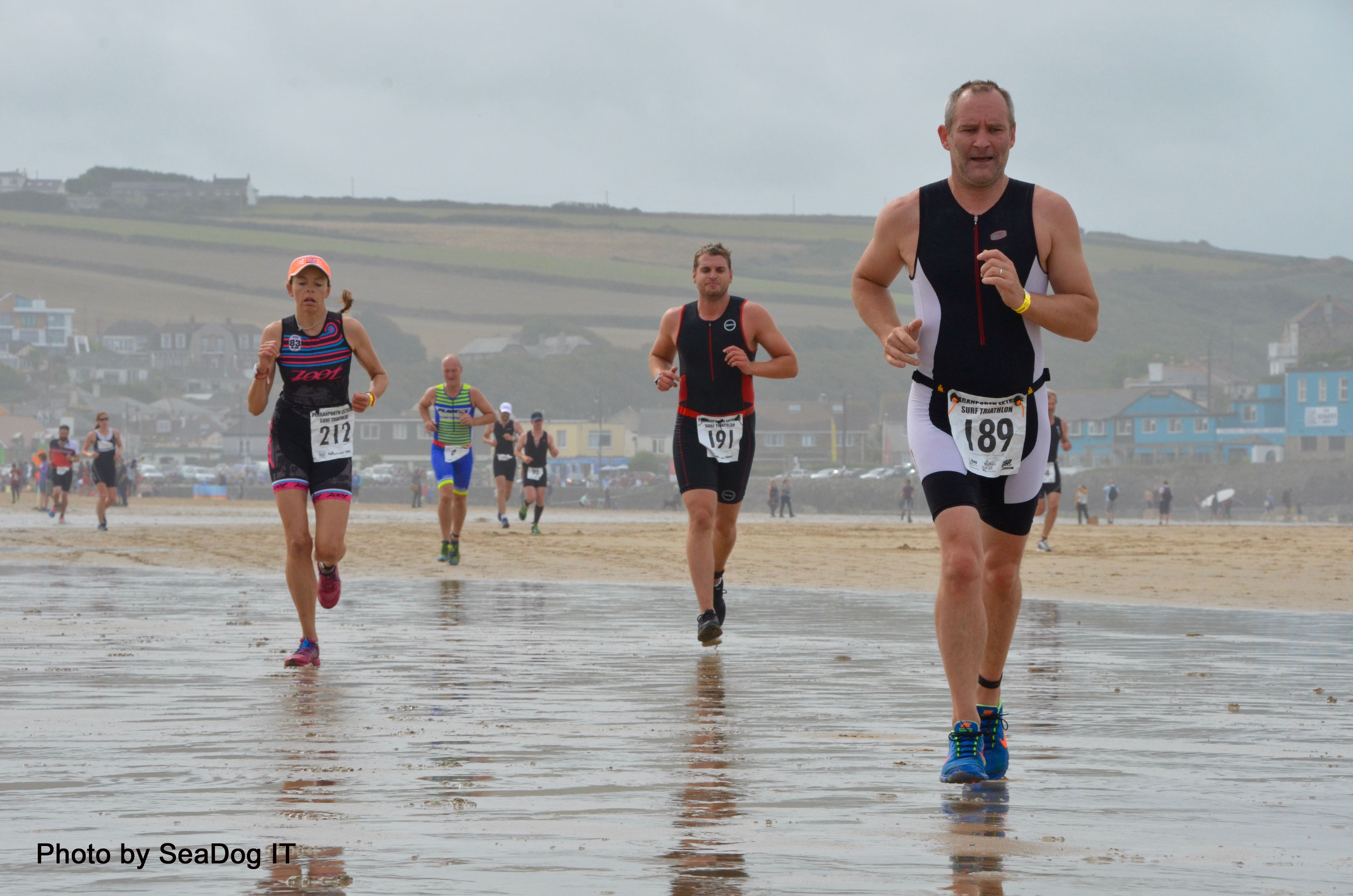 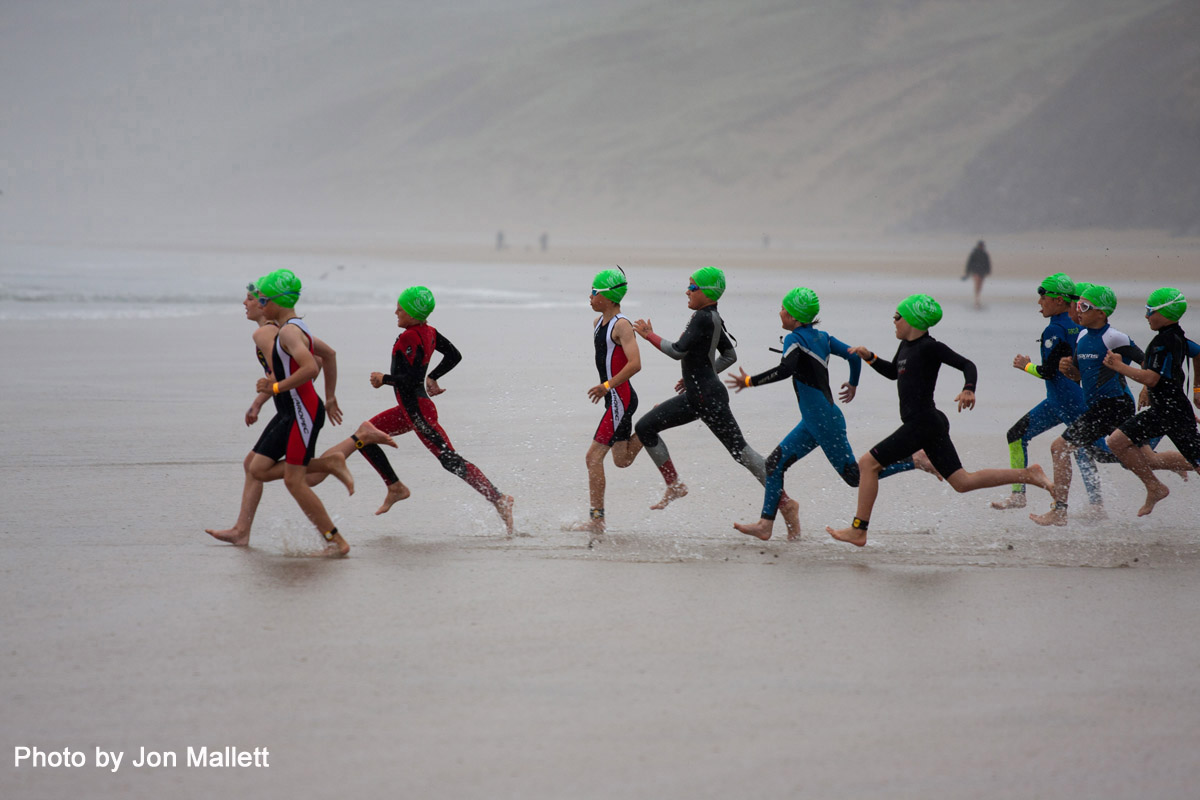 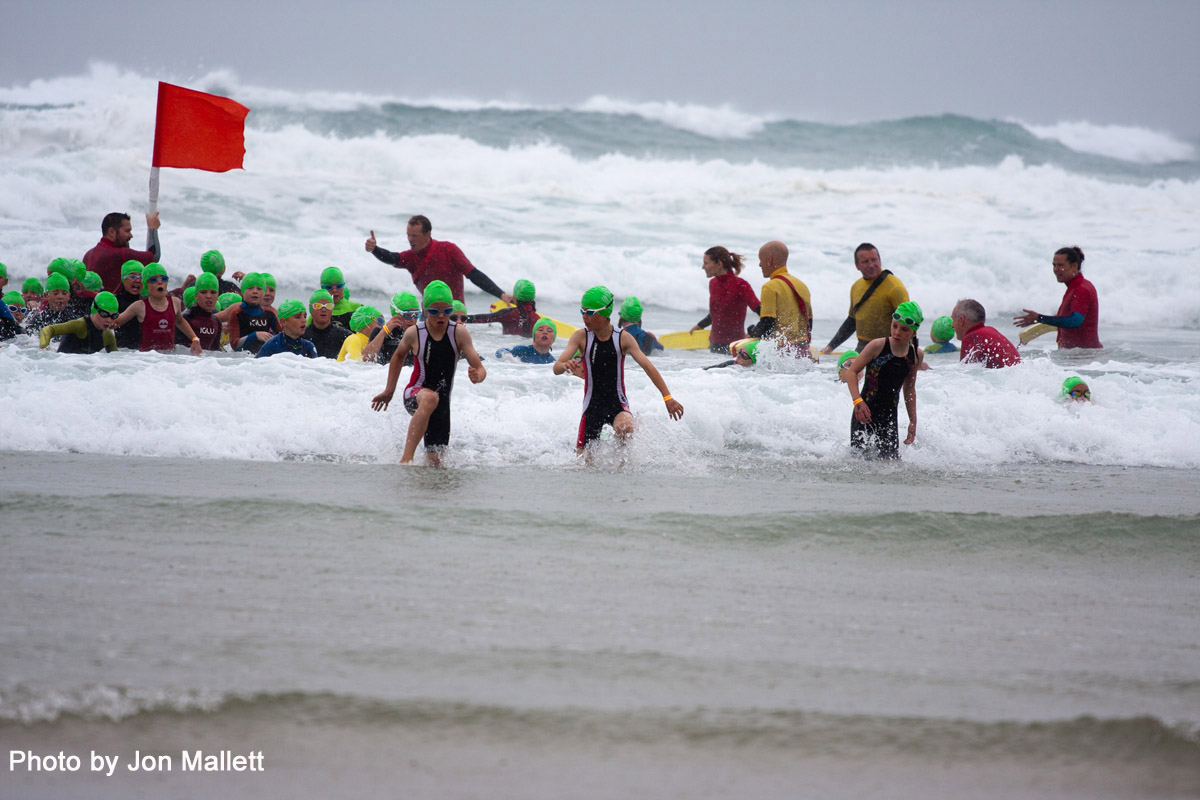 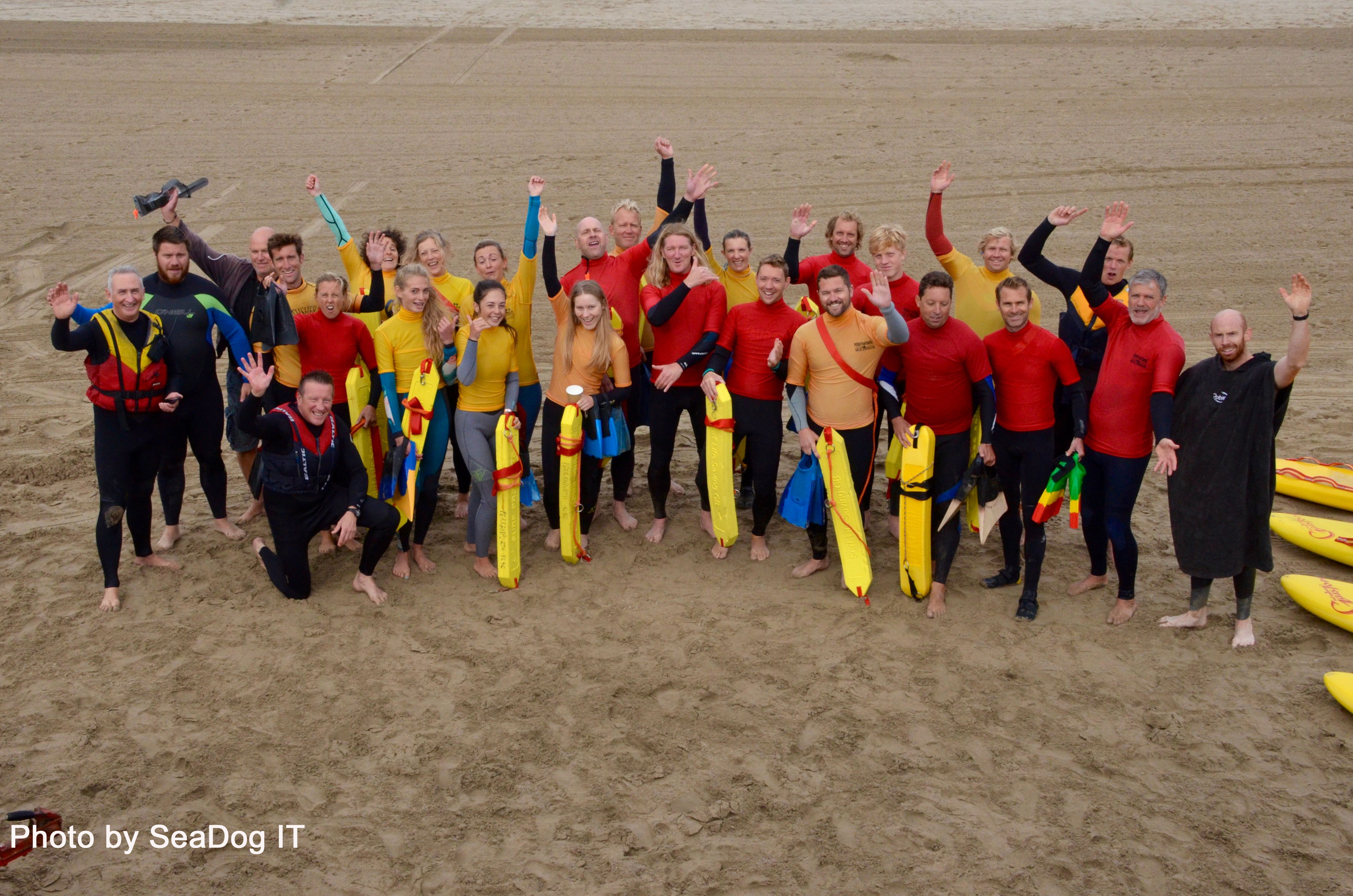 Art Exhibition at The Surf Club